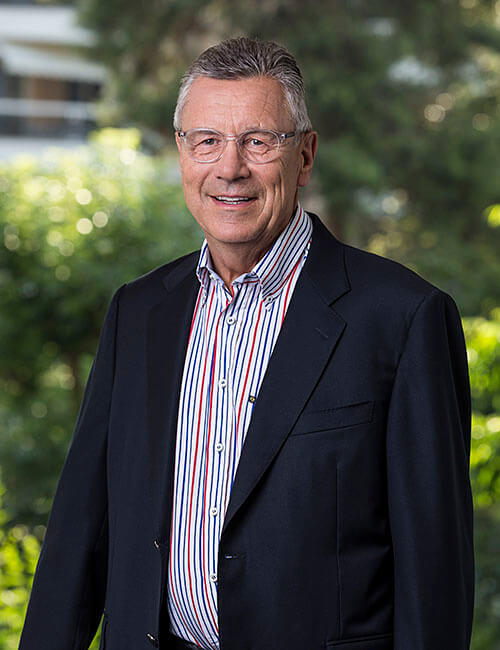 Yves Rytz Administrator and president of Rytz & Cie SA, with Rytz & Cie SA since 1965, founded the SPG-Rytz group in 1988.

The future of construction lies in its resolutely ecological and sustainable dimension.

After studying at the Lausanne teacher training school, Yves Rytz started his career with the property management company Jean-Pierre Michaud S.A in October 1965. After working as a property manager, then as a sales broker, he gained his Master degree in real estate in 1970.

In 1975, he purchased all the shares of his company that belonged to Jean-Pierre Michaud. The company was then renamed Michaud et Rytz S.A.

When Michaud retired, Yves Rytz took over the company’s management by himself. The name of the company was changed again to become Agence Immobilière RYTZ & Cie S.A.

In 1983, he proposed that Gérald Morand become a partner and manage the brokerage department. That very year, Yves Rytz gained a degree in real estate brokerage.

In 2001, he became a member of the « Chambre d’experts en estimations immobilières » (Chamber of experts in real estate valuation).

During his career, Yves Rytz was once a deputy judge  for the district prefect, then a judge at the Leases Tribunal. He also served as an expert at Master examinations.

He has conducted many development projects including, among others, the district of Mélèzes in Prangins, Domaine des Perrières in Coppet and Résidences du Parcin Nyon.