At the end of each year, Thierry Barbier-Mueller, Chief Executive Officer of the SPG-Rytz group, sends a letter to all owners and co-owners who are clients of the company.

In his letters, he shares his thoughts on current topics regalating to economic, human,
social and cultural issues.

A perfect opportunity to assess how each year went and to establish
a new, better vision for the years to come.

The end-of-year letters are available in English, French and German. You will find the English versions on this page. For the French and German versions, please go to the corresponding French page. 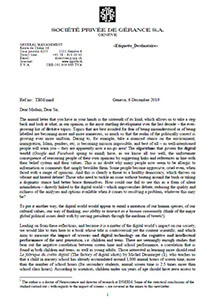 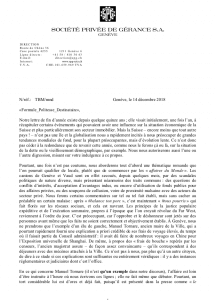 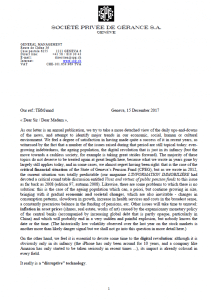 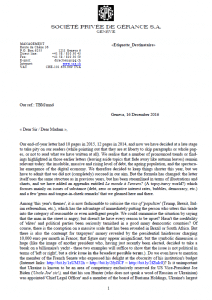 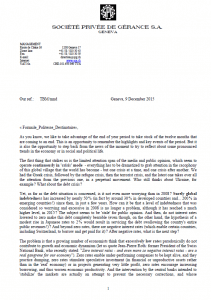 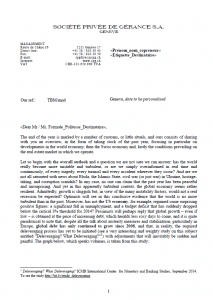 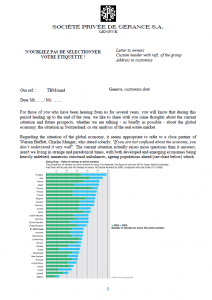 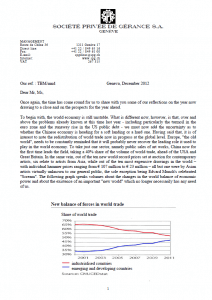